Why “I Can I BB” is the Best Chinese Variety... 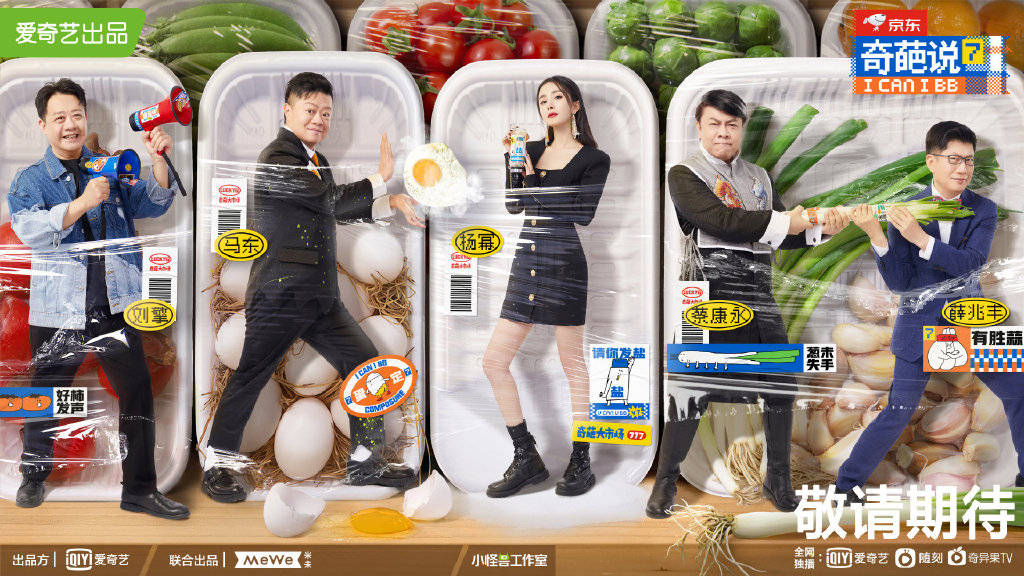 The entertainment industry has become more and more prevalent in public life in China. With their diverse format and flexible structure, variety shows stand at the forefront of popular culture.

Many celebrities use variety shows as a platform to promote their movie, music and TV works.

I’ve been following a wide range of Chinese variety shows. My all time favorite is the debate show “I Can I BB” (奇葩说 Qípā Shuō ,  lit. “weirdos talk”).

The first season of “I Can I BB” aired in 2014 as an original iQIYI variety show. It is currently airing season seven.

iQIYI is one of the leading online streaming platforms in China. It has produced various hit shows over the past few years including “Idol Producer,” “The Rap of China” and  “FOURTRY.”

“I Can I BB” Unique Format

In each episode, two groups of three or four contestants debate on specific topics. The live audience then decides by majority rule which team wins.

The mentors offer comments and unique perspectives on the contestants and the topics. Over the years, “I Can I BB” has become increasingly professional and intense in its debate format. 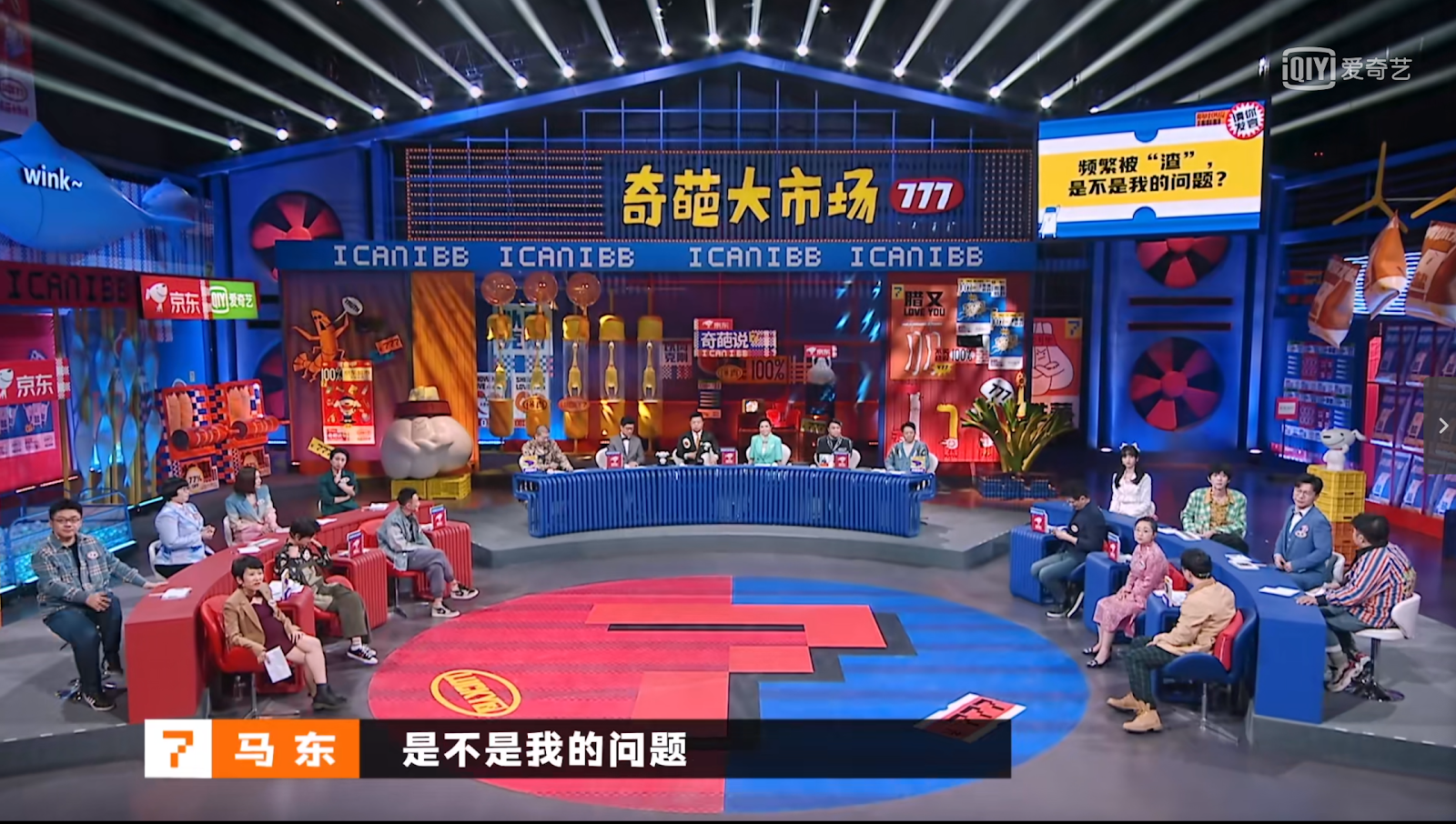 “Is it my problem for being frequently cheated in romantic relationships?”

It should be stressed that “I Can I BB” is not only for professional debaters. Instead, it gained popularity by revolutionizing the traditional way of debating.

To stand out, contestants make each appearance a live performance. It can be a mini stand-up comedy routine, a monologue, a speech or a combination of everything.

Logic, rationality and knowledge are welcome. But humor, experience, accessibility and character are really key to success.

“I Can I BB” would never have reached its level of success without its participants. The contestants are truly diverse. Early on, professional debaters and public intellectuals who graduated from top universities dominated the show.

They were all renowned names in national and pan-Asian debating competitions. The last few seasons have seen a spike in the diversity of the contestants.

Furthermore, “I Can I BB” is iconic for its recognition of LGBTQ+ groups. Despite some progress, the Chinese entertainment industry still discriminates against queer individuals.

Sexual minorities are systemically silenced in mainstream culture. “I Can I BB” is one of  few shows that welcomes people of all genders and sexualities.

Famous queer celebrities like Jinxing were invited on as mentors or guests. A high proportion of contestants are self-identified queer people.

In the latest season, a person cross-dressing showed up on the show to discuss topics about gender stereotypes. Sina; a crossdresser featured in season 7

Yet the most fascinating part of “I Can I BB” is definitely its content. Relatable but controversial topics are directly addressed.

Topics like “The job I’m interested in requires me to work in 996 format, should I quit?” “My partner earns millions of dollars per year, should I be a full-time dad?” and “Is ‘mom is a superwoman’ a compliment or curse?” frequently provoke heated conversations within and beyond the show. 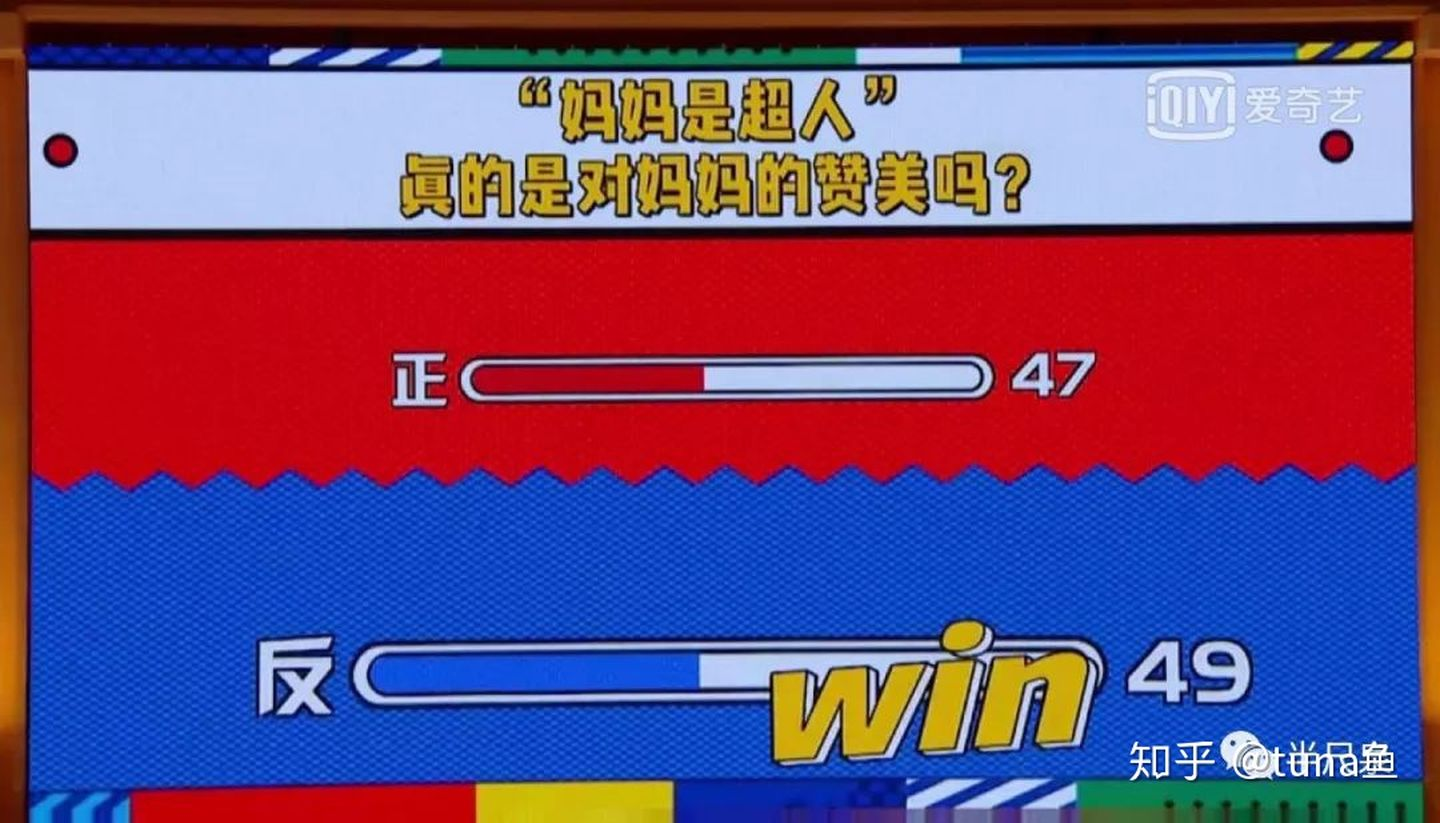 Is ‘mom is a superwoman’ a compliment or curse?”, the team defending the “curse” position won by 2 votes

Another category included in the show is “fictional topics” (脑洞题 nǎo dòng tí). These topics are distant from the real world or even illogical. Meanwhile, there are complicated philosophical and ethical issues embedded in them.

Fictional topics bring flexibility and depth to the show. Two of my favorites topics across the seven seasons are both fictional.

“Do you support products that can make all knowledge accessible to every human being?” in the fifth season, and “Would you save a classic painting or a cat when the art gallery is on fire?” in the sixth season.

These trendy topics are the reason why “I Can I BB” has remained popular for so long. The target audience of the show is Chinese millennials and Gen Zs.

In a rapidly changing world, younger generations often find themselves lost. With no past experience, modern questions are hard to answer. “I Can I BB” offers a platform for young people to collectively think, discuss and decide.

The Importance of “I Can I BB”

“I Can I BB” is undoubtedly an A-level variety show. But most importantly, it plays a crucial social role.  Online discussions are filled with emotion, identities, preoccupied positions and hatred.

“I Can I BB” proves that rational, effective and comprehensive public discourse for controversial topics are possible. The show serves as a “thought market” where marginalized thoughts can enter the mainstream.

Moreover, the show promotes multiculturalism and equality through substantial representation of minorities.

As one contestant illustrated in the show, “I Can I BB” teaches us to “be ourselves courageously… that nothing is absolutely right or wrong… and no one is superior or inferior.”

Are you a fan of variety shows? Which shows are your all-time favorites? What are some of the most popular shows in your own country? Tell us in the comments below!

You can watch the show here with various subtitles.