“Ascension” Documentary Review: A Must Watch Film on China’s Wealth...

“Ascension” has been nominated for an Academy Award for Best Documentary Feature.

In honor of Women’s History Month, Chinosity is recognizing Asian American women in the film industry.

Kingdon is one more noteworthy woman making her mark in cinematic history.

The documentary is an impressionistic exploration of the pursuit of wealth in China.

It portrays a contemporary view of the country’s progression in innovation and productivity.

As noted by critics, many documentaries portray the harsh conditions of blue collar workers. But Kingdon uses cinematography to display these jobs in a new light.

About a third of the film encompasses various shots from job fairs, factories and employee training.

The aerial shots of these products symbolize the current state of the workforce. They represent the inequality in China’s wealth distribution.

In a panel with Asia Society, Kingon said that many viewers will interpret these factory shots as “cogs” in a wheel. While this may be true in some ways, there is a deeper meaning behind it in the larger picture of the documentary.

The film references the “Chinese Dream” throughout. Motivational phrases written on walls read, “Work hard and all wishes come true” and “Be civilized and set good examples.” 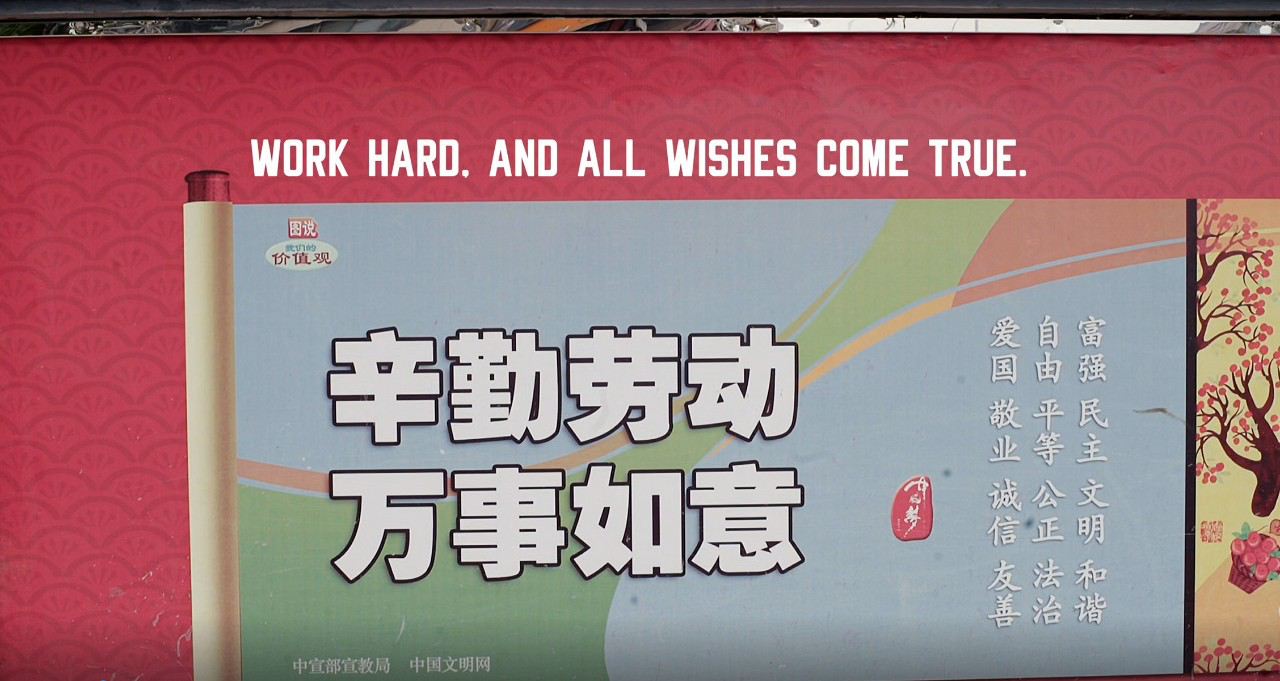 A poster shown in the film that displays the words, “WORK HARD. AND ALL WISHES COME TRUE.”

Employers preach statements such as, “You must monetize knowledge” and “Make money the legitimate way…there is much inequality in the economy.”

Conversations among individuals filmed state, “The poor are looking to survive…if you can’t survive, how can human rights exist?”

As the film explores the various levels of China’s working, middle and upper classes, we see a paradoxical balance.

This balance is between the light and dark side of the workings of a capitalist economy and the desire for global consumer progress.

In another Asia Society at the Movies conversation, Kingdon said, “The contradictions are laid bare.”

The film holds space for two truths at once: individuals have hope and believe in economic progress and the system has exploitation and income inequality.

“Ascension” shows the hope and dedication from all classes.

The documentary shows training for business entrepreneurs, salesmen, video influencers and butlers. The training displays the value each individual places on their job.

It is engraved in their minds that their fate is tied to the company. Individuals have to work as a unit to bring success for the company and thus success for themselves. They live by a company bible and develop five to 10 year plans to ensure they make millions.

The film brings in a variety of perspectives on how each individual views their work, the current economy and society as a whole.

Some believe technology is a useful tool and make millions from it. Others believe it is an illegitimate way to be successful.

Furthermore, the ideas of wealth and education are questioned. A butler training company encourages, “Let us be enlightened citizens.” But how should we be enlightened?

China is growing because more people have access to global education. Individuals “have the desire to explore the truth and long for freedom,” as stated in the documentary.

But participants in an upper class dinner make the argument that this exploration is too complex. They say “the government should just tell them the truth.” They think individuals do not need to explore these global education resources.

These contradicting ideas are all topics of conversation as China looks towards further progression. Kingdon gives angular perspectives from various cities in China. Together they represent the problematic distribution of wealth.

The power of her documentary is not in that she provides “an answer” to the problem or even her own perspective. Instead she shows individuals’ interpretations of their own lifestyles.

Kingdon’s documentary has grabbed the attention of viewers from around the world. Everyone can relate to this ambiguity and the exploration of the global supply chain and consumerism.

In addition, it encourages the viewer to reflect on their own country and the power they hold on a global scale.

As she formed this cinematic masterpiece she was able to explore her own family’s history within China, specifically in the city of Changsha. 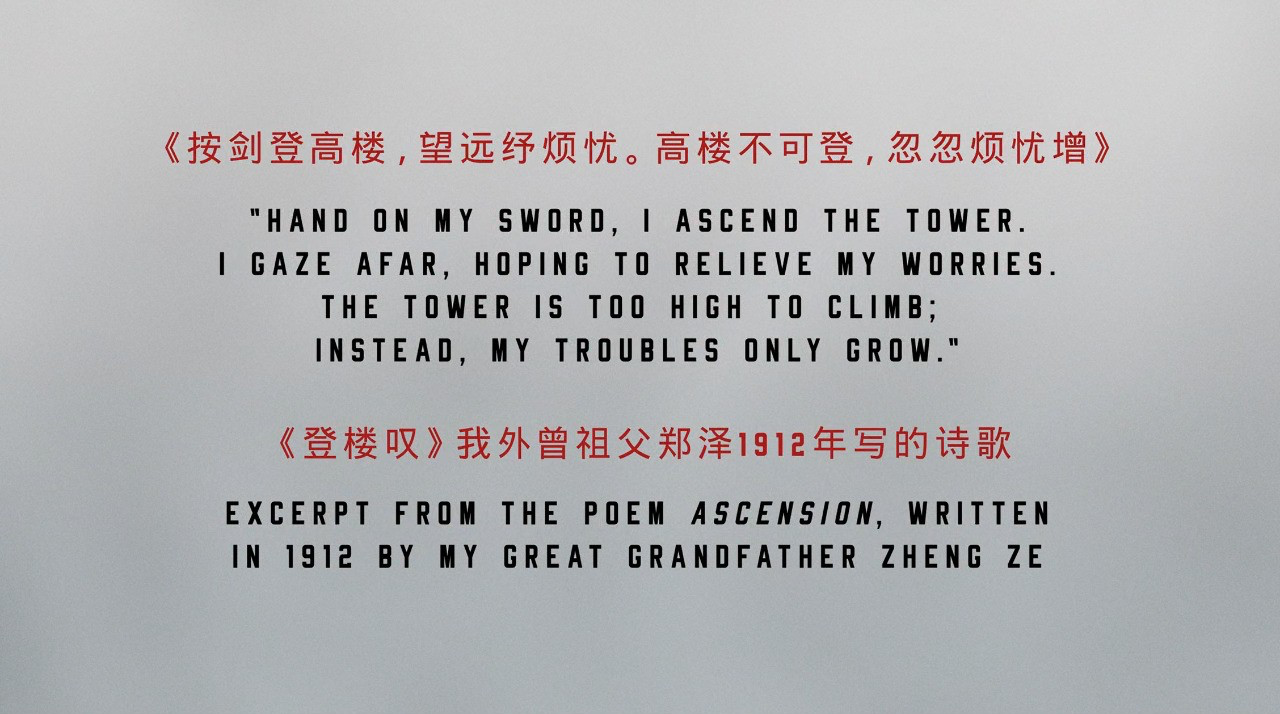 Kingdon’s exploration of the poems transformed “The Untitled PRC Project” into “Ascension.” She believed the poem best represented the film’s idea of the paradox of progress.

You can watch “Ascension” on Amazon Prime Video, Paramount+ or Vudu.

I highly recommend taking the time to view this documentary.