by Caroline Liekweg 1 year ago12 months ago

With some normalcy returned to life around the world, Fashion Week for Spring and Summer 2022 has kicked off.

COVID-19 impacted many aspects of peoples’ lives the past two years. Now it has even inspired new fashion trends.

Last year’s Shanghai Fashion Week looked a little different with 150 catwalk shows live-streamed. But it sprung back to the physical world this past October.

The experience of lockdown, quarantine and isolation can be seen in designers’ creative work. Simple street styles have become effortlessly chic as clothes focus more on a comfortable leaning aesthetic rather than one that is timely and bold.

Shanghai’s streets were filled with models and attendees wearing “relaxed minimalist silhouettes.” The clothes are as relaxed and soft as the colors.

Shanghai Fashion Week’s trend has also been seen in other fashion weeks around the world.

For example, New York fashion designer Peter Do expressed his vision of a “post-Covid world” displaying calm tones in pieces that are flexible for any event. 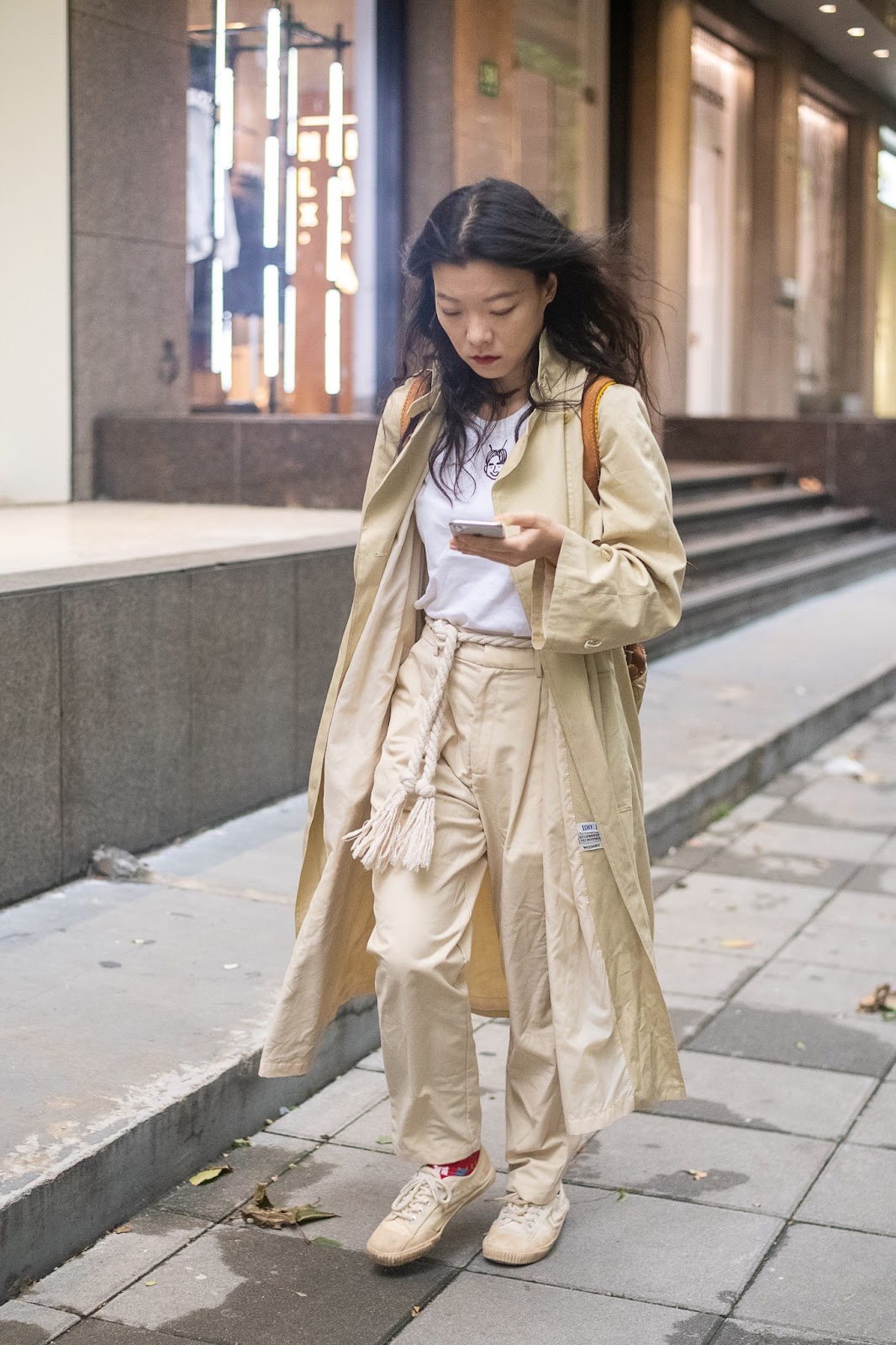 The Future of Sustainability

Another trend coming out of China is the importance of sustainability.

Companies such as Zara, Shein, Forever 21 and H&M are all extremely popular brands. However they are unethical and environmentally dangerous.

These companies’ production systems are in low-income countries with horrible working conditions. In addition, the development of the clothing releases toxic chemicals and the clothes are disposed of improperly. This further enhances global warming. The negative impacts of non-sustainable clothing

Shanghai Fashion Week highlighted eco-friendly consumption and production. China wishes to promote the global use of sustainable fabrics. In the long term this will improve consumer integration, low-income working conditions and environmental hazards.

Other luxury designers are hoping to inspire the reuse and redesign of “old” clothes rather than throwing them out. Etro unveiled a textile combination to show consumers and DIY fans that they can “remix” clothes. Some sustainable Asian clothing brands can be found here.

The Future is Gen Z

The last trend seen during Shanghai Fashion Week was “The Future is Now,” inspired by Gen Z. The majority of designers featured during Fashion Week were independent up-and-coming stylists. All of them are hoping to make their influential mark representing China.

The future is not only now, but filled with feminism. Young female designers are making an impact in China’s history. Many have studied at universities around the world and have walked the runway themselves.

Some up and coming designers are Masha Ma, Guo Yirantian and Comme Moi. Each designer brings a different theme to their collection. Comme Moi's collection under the theme of women's independence and sexuality

Examples include the emphasis of independence, black and white tones, “micromorphology – the investigation of women’s relationships with their organic selves” and gender neutral ideas.

The themes emphasized by the young Chinese Gen Z designers have also been seen in New York, Milan and Paris fashion weeks.

Designers have presented collections that empower female independence without the typical lingerie and corsetry. They display neutral colors and gender neutral styles.

By April, the streets will be filled with influencers, celebrities and much of the global population wearing top designs from not just New York, Milan and Paris, but Shanghai as well.