“Over the Moon” is a magical retelling of the ancient Chinese legend of Chang’e. The movie is a musical explosion that tackles family, grief, scientific discovery and everlasting love.

The protagonist Fei Fei wants to prove that the old mythological stories her mother used to tell her are true by flying to the moon. 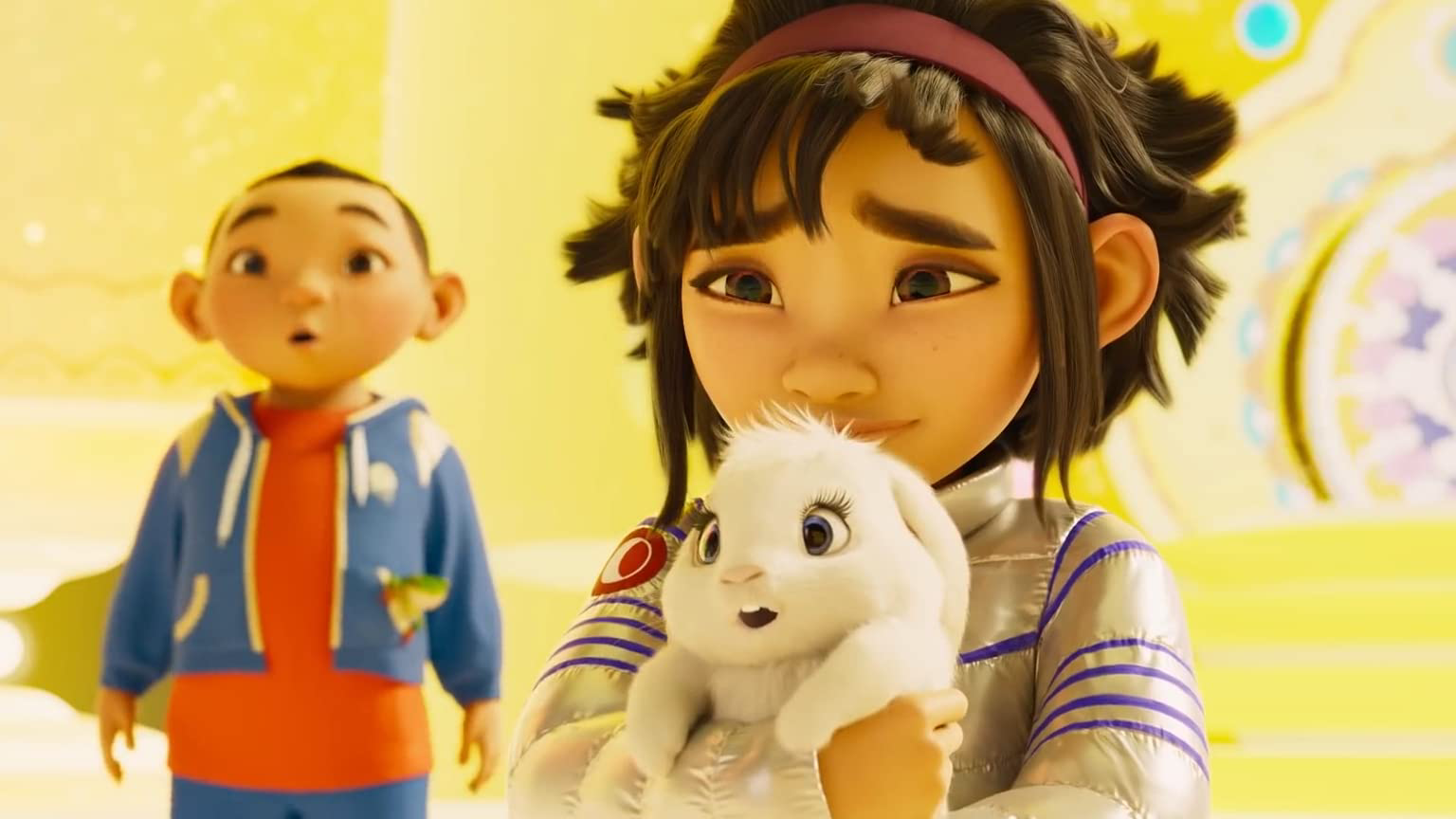 Nielson and Netflix, where the movie is available to stream now, recently hosted a panel with the creators of the film.

Patricia Ratulangi, VP of Global Communications at Nielsen, interviewed the Asian American producers and star of the film about the importance of diversity on screen. Photo via Netflix The panel focused on the profound impact of the representation in this movie. The producers Janet Yang, Gennie Rim, and Peilin Chou are all Chinese-American.

And they all grew up not wanting to be Chinese as a direct result of not having any Chinese role models to look up to.

Rim said that she hopes the audience will open themselves up to love, even from unexpected places.

Similar to Fei Fei, Rim entered a realm of awkwardness as she tried to form a family with her husband, who already had two young boys. However, she always found more love on the other side of discomfort.

Cathy Ang, the voice of the main character Fei Fei, feels that the pressure is on. She knows that young Asian American actresses like herself have a responsibility to do her community right.

During the panel, she said that she is excited that such complex characters are being portrayed. Fei Fei is a fully realized character, and everyone can relate to her flaws.

The story is an authentic portrayal of a young girl overcoming life’s difficulties. Ang said she is proud to present this character to the world. The panel was also a memorial in a way. Audrey Wells, the writer of the movie, passed away during its production. Chou said that Wells wrote this film as a love letter to her daughter and husband.

Wells wanted to leave behind two important things through her writing. The first was that the love she and her family shared will last forever, no matter how far away she seems. The second was that life can be full of color and joy, even after the loss of a loved one.

These lessons that Wells aimed to share really resonated with Chou. Anyone facing the challenges of grief could come to this movie for a moment of comfort and help them feel a little less alone.

Since its release on Netflix on October 23, the movie has created buzz on social media. People really feel connected to the characters and the mythology in the film.

The music inspired people to share their own stories of grief and sing along as a community.

It brought people to tears.

And inspired the audience to share their own visual takes on the film.

During the panel, Yang, an executive producer, dropped some clever word play that encompassed the essence of the film.

The film centers around the mythological goddess, Chang’e, but Yang said if you take away the apostrophe, it spells out “change.”

The film emphasizes how little control we have over the events in our lives. What we are able to control is how we adapt and learn to live with change.

Yang hopes that this film will help change the way Asian Americans are viewed as characters in film. And most importantly, for young Asian American aspiring filmmakers, she wants to keep the dream alive.