Disclaimer: This review was written prior to the news regarding “Mulan” being filmed in Xinjiang breaking. In the review we focus on the story, technical themes and the movie’s impact on social issues we are familiar with. Our opinions of “Mulan” do not reflect our stance on the Xinjiang controversy.

The live-action remake of “Mulan” was meant to be the movie of the summer. Similar to the other remade Disney classics, “Mulan” was highly anticipated, with its increased production value and star-studded cast.

Unlike the other remakes, this movie doesn’t copy the original shot by shot. The story has gone through some significant changes.

Since COVID-19 made general movie-going a hazard, the movie was released on Disney+ on September 4th. Two of our Chinosity writers, Emma Federer and Adriane Kong, were eager to watch this remade film. Here are their thoughts.

Emma: If you were expecting the 1998 version of Disney’s “Mulan,” you might be in for a surprise.

I prepared for a semi-cartoonish, musical rendition of a Chinese poem. But instead, I got an action-packed, wildly colorful war movie with ancestral phoenixes and hawk-like witches. 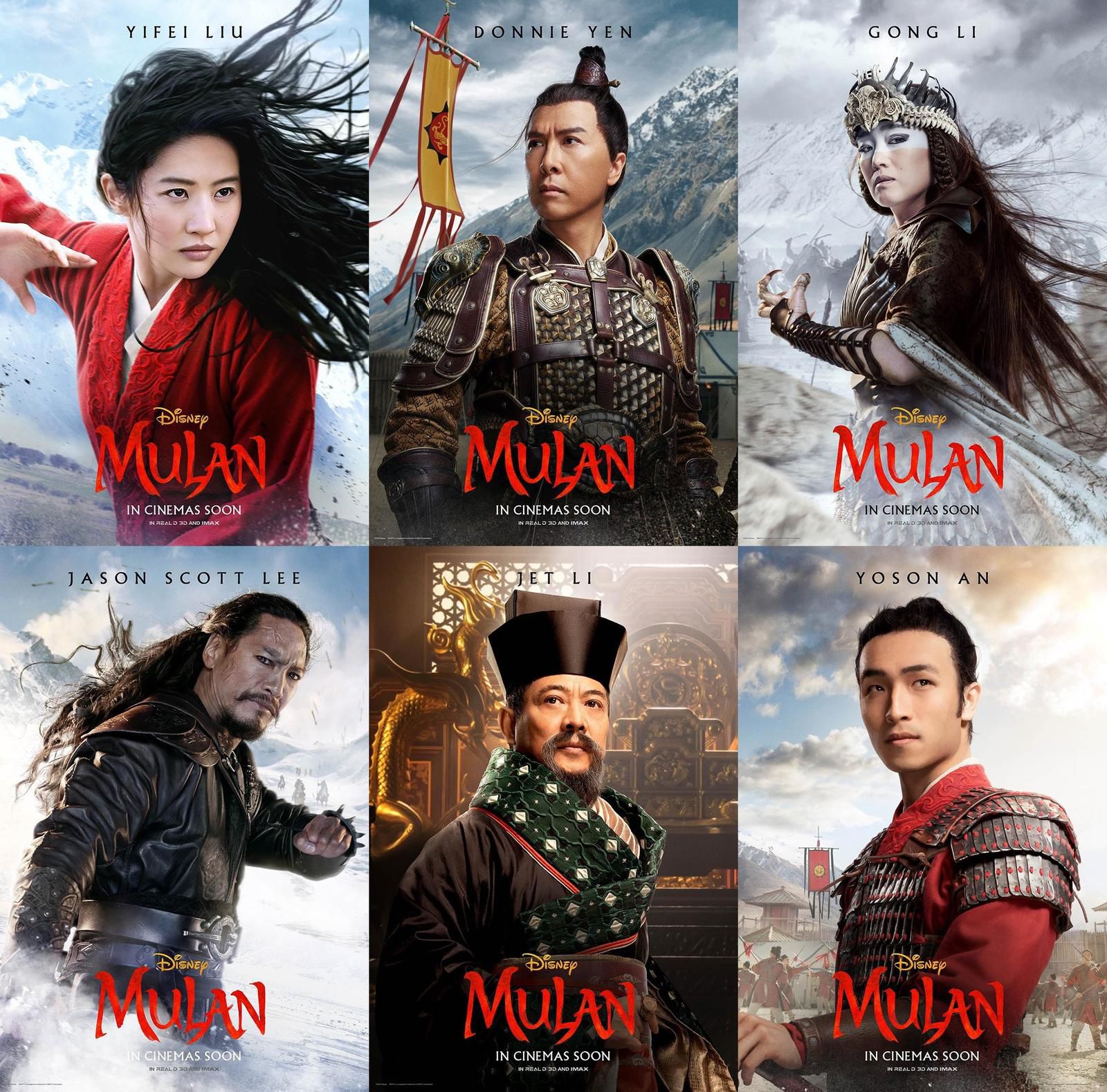 Adriane: Really? Oddly enough, I got exactly what I expected. It was a Chinese-style action movie with Disney elements that told the story of Hua Mulan. I can already predict that this style will rub Western audiences the wrong way.

E: I prepared for a nostalgic kick that Disney seems to be pushing with all of these live-action remakes, but I was pleasantly surprised.

I really appreciated the amount of female voices, on both the protagonist and antagonist sides. The power of these characters can’t be confined to the original white-washed cartoon versions.

The warrior energies that these women possess (their qi) don’t fit into the roles that society assigned to them. The complexities behind the female villain, who is called a witch, reflect how female power isn’t always praised and revered, as the original cartoon would suggest. 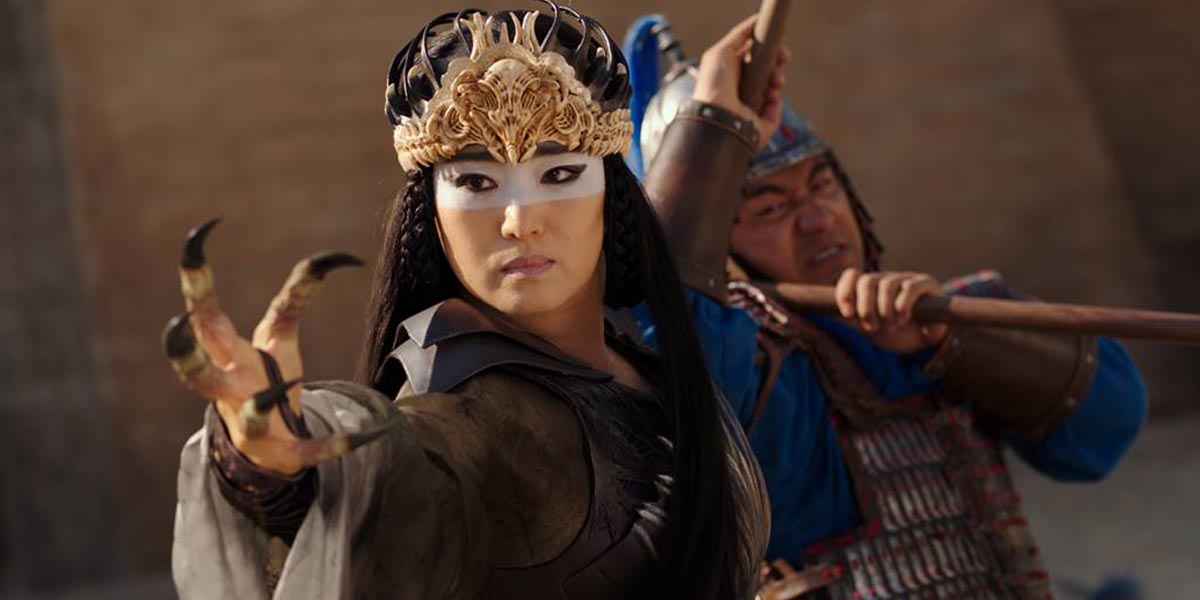 A: Yes I completely agree. The themes that developed were far more complex and talk about women’s issues in a more outright way. Ultimately it is a story about a woman who is strong but not in the way that is acceptable to men and by extension, society.

E: Yes, and Mulan’s strength is what makes her a powerful symbol for this feminist revolution of storytelling. While I enjoyed the amazing costumes, makeup, and design, something didn’t sit right with me knowing the all-white production team behind the movie.

There have already been so many comments on this film (good and bad), but I would like to note how important this film is in the history of Asian representation. Disney is no small indie brand trying to tell a Chinese legend.

While it isn’t perfect nor anywhere close to ideal, this movie sets a precedent for Asian  actors playing Asian main characters, rather than side pieces.

On that note though, I truly couldn’t decipher the tone of this movie. Was it trying to remain a kid’s fairytale? Or have we shifted into a more adult, kick-ass version of Mulan?

A: One thing I could not criticize at all was the production. It was amazing to see traditional Chinese culture portrayed in such a serious way on such a large scale.

As a Chinese-American, I have been waiting for this type of respectful, intelligent representation. It shows that Chinese culture, and Asian culture as a whole, is not some mythical foregin idea, but a real and present culture in our world.

I totally understand your confusion regarding the tone. It seems like the film was trying to make a Chinese martial arts war movie, but then censor it and Disney-fy it.

There were moments where it felt very grim and it was jarring in contrast to the optimistic ending. It is very probable that the “Disney-ness” hindered “Mulan” from just being an amazing Chinese war film. But honestly, credit needs to be given where credit is due.

This film is a cultural-reset in that it is a Chinese legend told in the format of Chinese-styled film, produced by Disney! Of course some corners had to be cut to make it less bleak, and that contrast can be off putting.

But given it is one of the first major motion pictures to attempt this collaboration, it has done well. My criticism of the tone is not enough to stop me from calling this a great film.

One thing I do wish is that they incorporated more of the animated “Mulan”’s soundtrack into the movie. Certain emotional moments could have been far more powerful if only the swell of the music matched the swell in emotions. 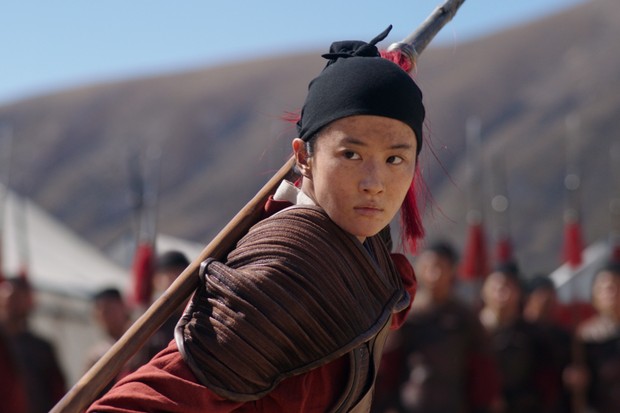 E: I understood the live-action remakes as a new wave of nostalgia. Disney is updating the classic movies that we grew up on. But this is different. I didn’t get the fun-loving, catchy-song feelings that I got from the original.

I enjoyed the movie for what it was, but it didn’t move me nearly as much as some of Disney’s other Asian-centric creations (such as the short film, Bao).

Overall, I would recommend that readers watch it in order to develop their own thoughts. It also encourages Disney to continue creating Asian stories. Maybe just have some Asian writers in the room next time.

A: If you are looking for reasons to critique this film, you will find them. This film is not without flaws. The attempt at trying to make a more authentic and realistic “Mulan” while keeping it Disney-friendly doesn’t quite deliver. Like Emma said, it doesn’t elicit the same reaction as the animated version.

However, this is one of the first attempts at a traditional Chinese war blockbuster movie geared towards Western audiences. All while keeping an all-Asian cast. It is a landmark in portraying Asian actors in serious roles for a Western audience.

Even with changes “Mulan” (2020) still incorporates some of the greatest aspects of the original.