A Trip to Xishuangbanna

I’m currently on Spring Break here in Kunming. It coincides with the start of the Qingming Festival, and ends tomorrow! This past week, however, I had the opportunity to travel to Xishuangbanna- an area in southern Yunnan right on the border with Myanmar, Laos, and Vietnam.

This is one of the coolest things about Yunnan: despite being distinctly Chinese, Yunnan’s culture has also been greatly influenced by its proximity to these Southeast Asian countries. This is especially the case in Xishuangbanna.

In many ways, Xishuangbanna looks just like Southeast Asia. The plants are all tropical (probably the biggest palm trees I’ve ever seen), the architecture is identifiably South-East Asian, and all the street signs are in Mandarin, Laos, and Vietnamese.

The area is also genetically unique: while the majority of China is of Han Chinese descent, Xishuangbanna’s gene pool is a varied mix of Han, Southeast Asian, and Dai, a Chinese minority group. In fact, right now is 泼水节 (Songkran Festival), a holiday celebrated by Yunnan’s Dai peoples, as well as across Southeast Asia. 泼水节 marks the solar new year (as opposed to the lunar new year, which is the main one), and the main festivity are these huge water fights. One of Xishuangbanna’s major roads was closed down while I was there so as to prepare for their water fight, which I sadly did not stay long enough to see.

Xishuangbanna is known for its abundant natural areas. Much of the region is solely mountains covered by tropical rainforest. As in all rainforests, Xishuangbanna’s forests are home to an extremely diverse assortment of flora and fauna. Though Xishuangbanna only makes up for 0.2% of China’s landmass, it accounts for 25% of its biodiversity! It’s the last remaining place in China where Asian Elephants roam. 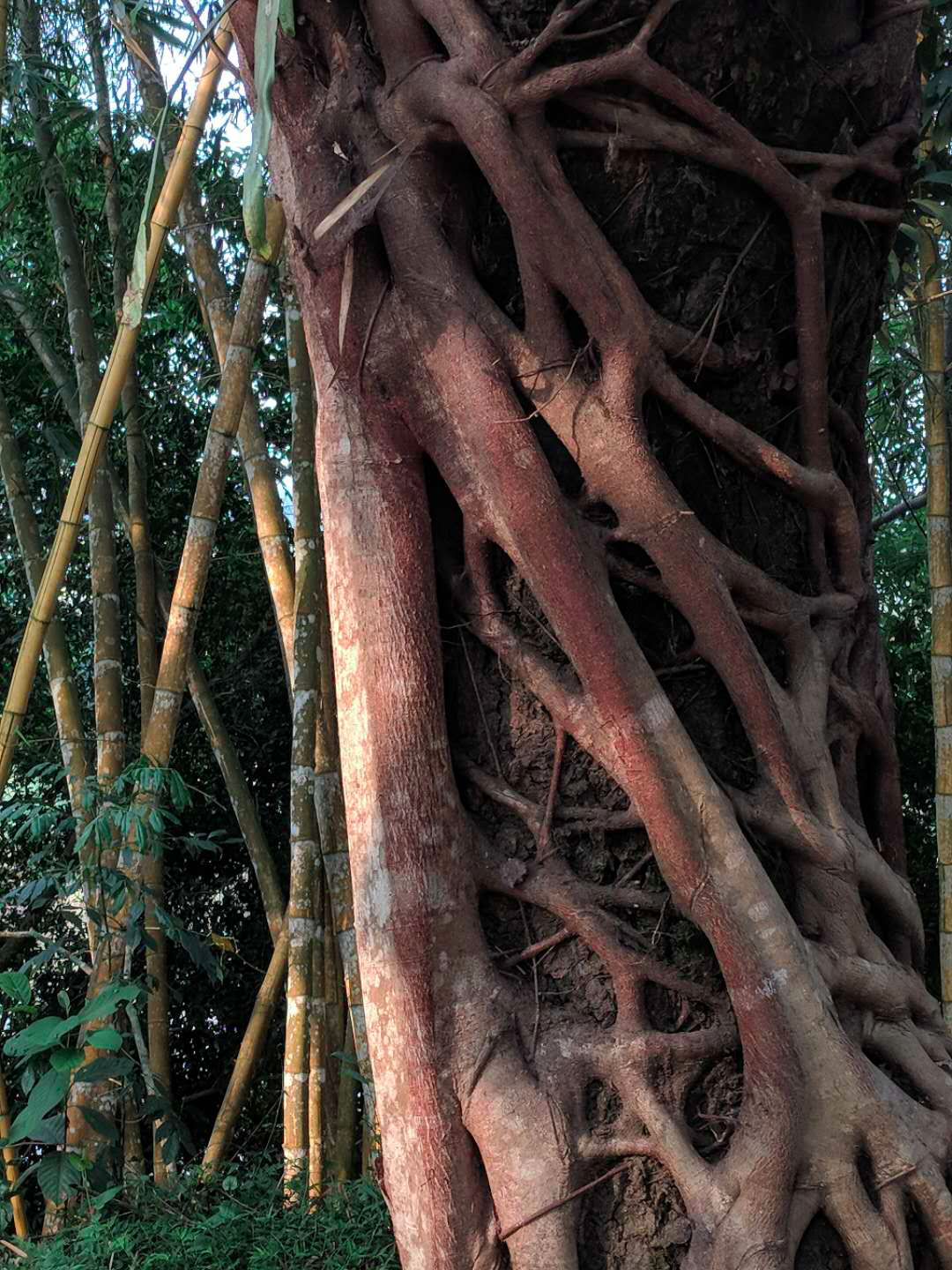 This is a tree, growing on another tree. Very wacky.

The hotel I stayed was in the middle of the Menglun Tropical Botanical Garden, a huge stretch of land densely packed with all sorts of amazing and wacky plants, like this Bird of Paradise. 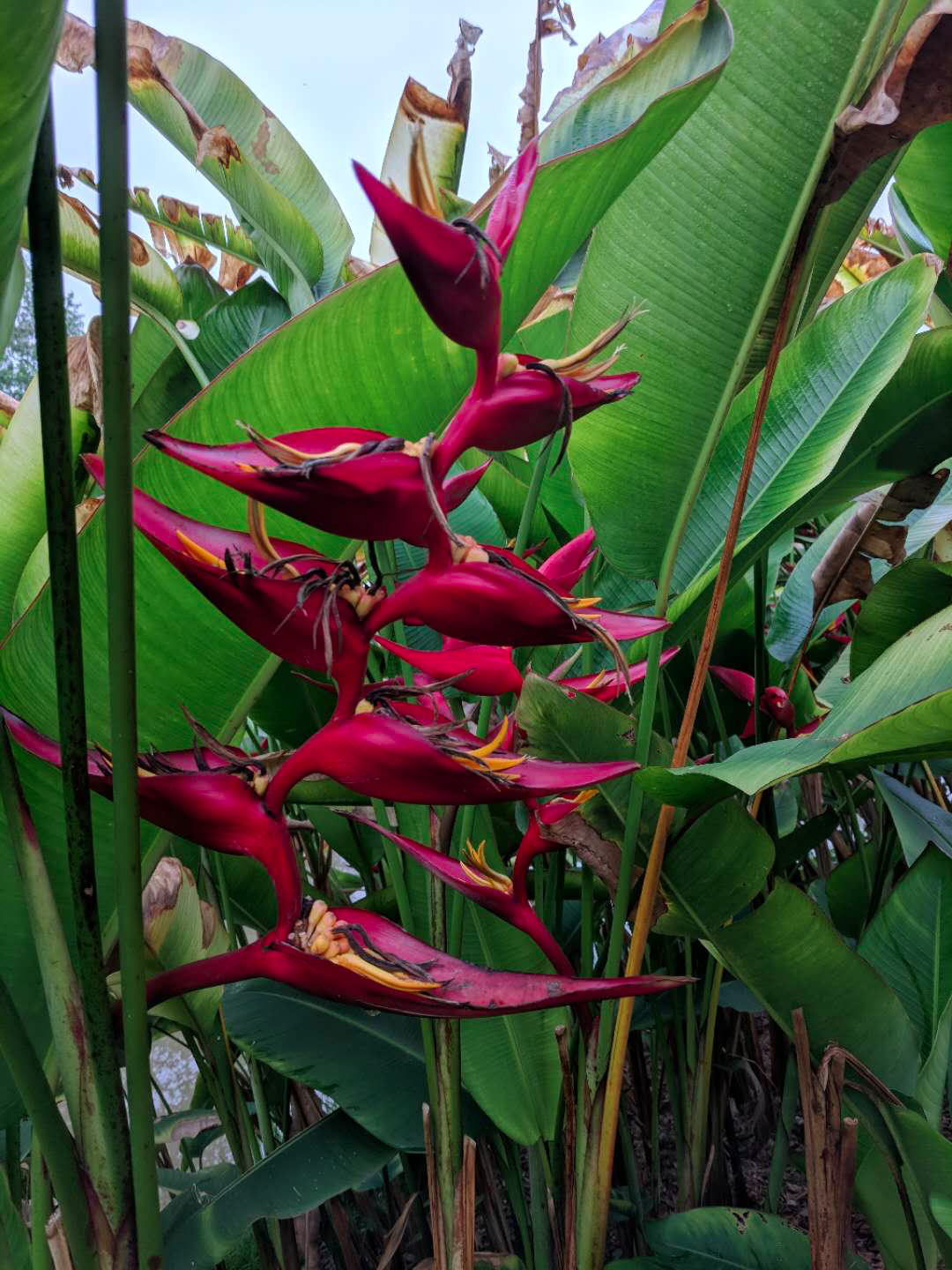 I went hiking in the Green Stone Forest, a nearby park, home to some of the hugest trees I’ve ever stared up at. And I ate a lot of really good, and really spicy, food. Xishuangbanna, with its incredibly fertile land, grows some delicious fruit. A special dish there is green mango in spicy sauce, and it’s honestly incredible. Sour, spicy, but also with that wonderful mango tanginess — I miss it already.

I was surprised, and a little disappointed, to learn that you’re not allowed to hike in most of Xishuangbanna’s forests. This is because Xishuangbanna is taking great strides to protect its biodiversity, rather than exploiting it for tourism, which is really awesome. Since the 1980s, much of Xishuangbanna’s rainforest has been razed so as to make space for rubber plantations, which has had disastrous effects on the area’s ecosystem.