by Mingsi Ma 1 year ago1 year ago Have you ever heard of Pop Mart? Founded in 2010, Pop Mart went from one tiny retail store to chain stores situated in prime shopping malls. This toymaker has created some of today’s trendiest collectible designer toys in China.

It had its grand IPO debut in Hong Kong just a few months ago. Making a name for itself with designer toys, Pop Mart breaks the stereotype that toys are only for kids.

Young adults are obsessed with Pop Mart’s cute little figures, buying one after another. Every Pop Mart figure is sealed inside what fans call a “盲盒,” a blind box.  Buyers can’t tell from the packaging which figure is inside.

Depending on the series, the price of a blind box is usually 59 RMB (about $9). There are always one or two “hidden figures” in each series.

These rare hidden figures are highly sought after in the trading market. They can easily be traded at three to eight times more than their original cost.

Blind boxes give Pop Mart’s figures a social function. To collect the whole series, fans usually exchange with each other and share their insider experience.

There are large Pop Mart online fan communities on Weibo and Bilibili.

Fans don’t only buy blind boxes themselves. They also enjoy watching others’ unboxing videos, especially of those who bought the whole set at once.

Fans have developed all kinds of tactics to get the figures they want. These include but are not limited to weighing boxes by hand and shaking them.

Among all those tactics, there are some funny ones. For example, some fans jokingly prefer playing 好运来 (Hǎo yùn lái, “Good Luck”) in the background when opening boxes. Pop Mart now has the rights to over 25 different intellectual properties, including Pucky, Molly, Dimoo and more. They also frequently collaborate with other brands, such as Minions, Harry Potter and My Little Pony.

Imagine a young woman who just entered the workforce. She wants to cheer herself up after a long tiring week. Instead of some random makeup products that cost over 120 RMB, the more affordable and “instagramable” blind box clearly wins. Controversy: Is it gambling?

Yet, some believe that the design and pricing strategy only account for a small part of Pop Mart’s success. Frankly, it is quite satisfying to see the figures lined up on your shelf.

But the greatest excitement is at the moment you open the box. Arguments on whether or not blind boxes are a type of gambling have raised people’s attention. 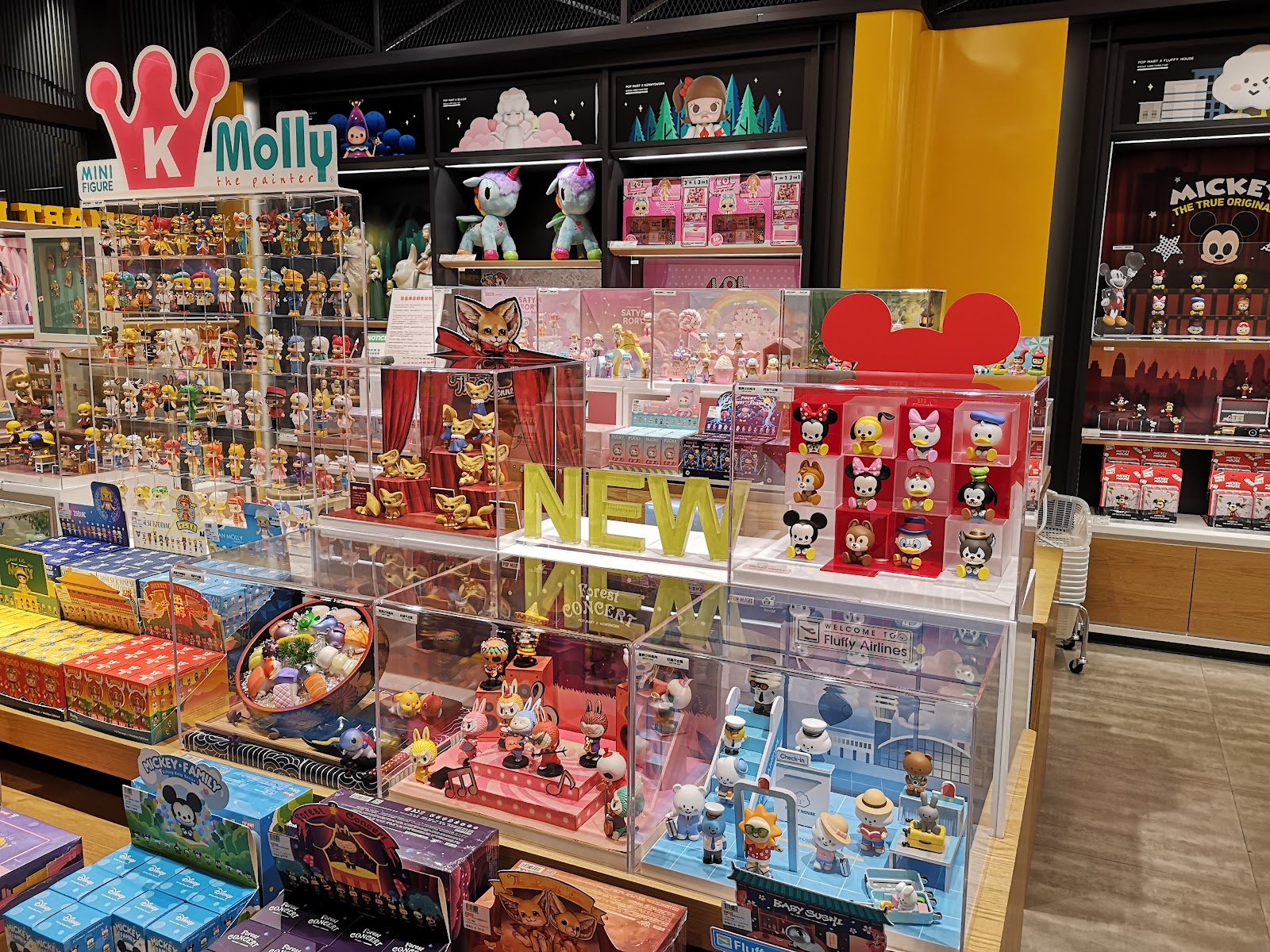 Often, gambling involves three elements: an amount wagered, risk and a prize. Here, with 59 RMB, Pop Mart fans will receive a blind box with an uncertain figure inside.

There’s a chance that one can get a product with an actual value in the trading market that is much greater than what one paid.

There’s no wonder why Pop Mart is so addictive. It’s all about human nature. According to Pop Mart’s prospectus, the company earns about 40 RMB for each blind box it sells.

This generates a gross profit margin of nearly 70%. In fact, Pop Mart’s net profit margin is about three times that of the traditional casinos in Las Vegas.

What makes Pop Mart even more controversial is that it has not disclosed the chance of getting the hiddens, except for certain series labeled as a chance of 1/144.

Pop Mart also has issues in its anti-counterfeit efforts. It is reported that fans have difficulties distinguishing the authenticity of figures when trading.

Since gambling is illegal in China, intellectuals and lawyers have expressed concerns about Pop Mart and its potential risks to young adults. As blind box toys are such a new trend, there’s no regulation on the business yet.

It’s now up to Pop Mart to maintain social responsibility and a healthy market.