Have you experienced the dilemma of choosing between sleeping for ten more minutes and having breakfast?

Unlike traditional breakfast stands, He Xiao Ma seeks to catch up with China’s fast-paced society. Everyday in China’s mega cities, white-collar workers are  packed like sardines in the subway and wasting their time in the morning traffic.

Most people don’t have time to prepare breakfast at home. Instead they have takeout from breakfast stands on their way to the office. It’s not hard to imagine how long the lines are during rush hours. To solve this problem, He Xiao Ma has opened stores in the subway stations themselves. Most of their order comes online. Customers can choose from over 40 dishes, including steamed buns, Chinese scallion pancakes, porridge and soy milk. Staff at He Xiao Ma then prepare them on site. All the food packages are designed to enable customers to eat their breakfast as they walk. 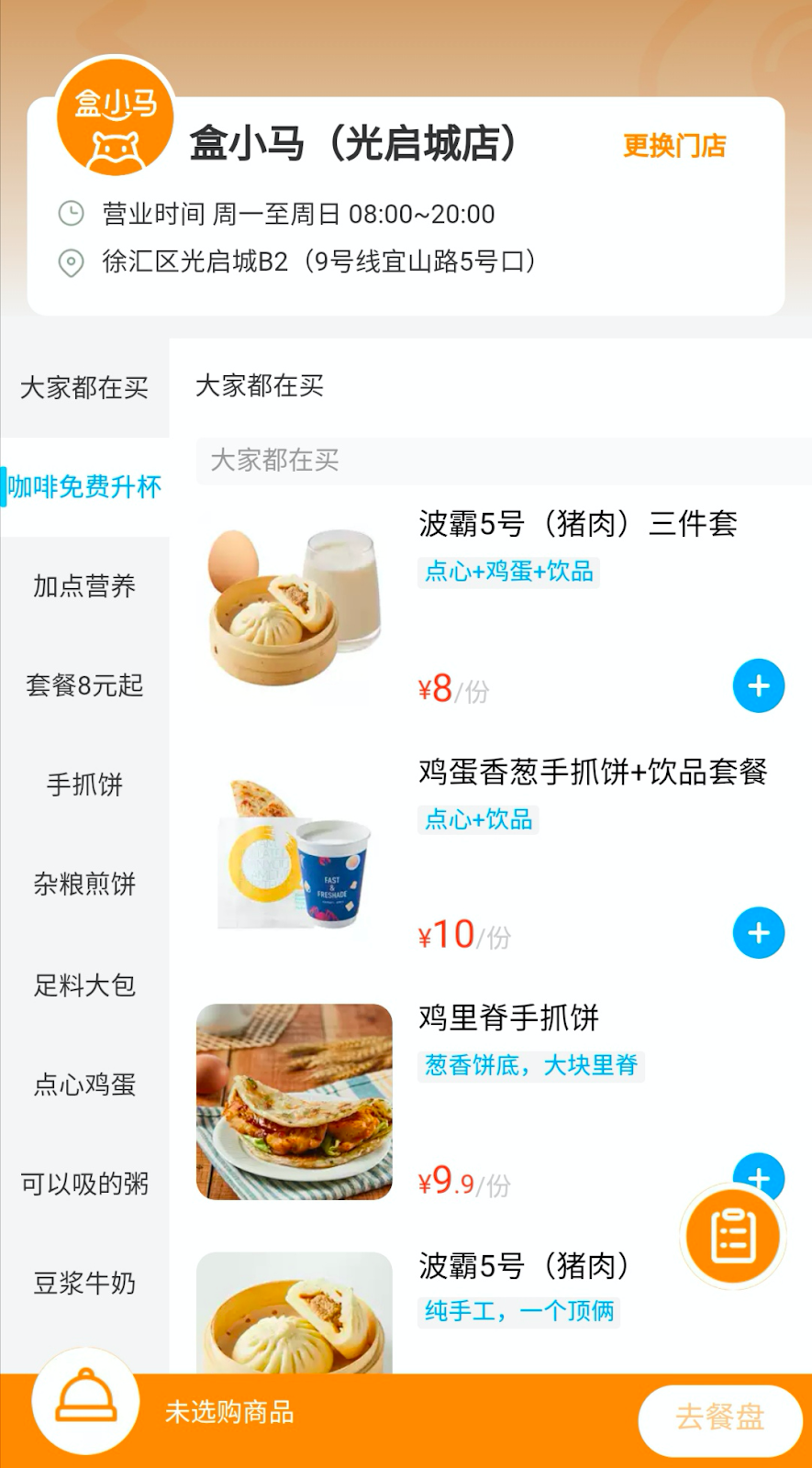 A screenshot of the menu

Compared to ordering pickup from third-party apps such as Yelp or Grubhub in the West, He Xiao Ma created its own app. The app emphasizes efficiency. He Xiao Ma promises every customer that the order will be fulfilled within two minutes.

Customers spend roughly ten seconds on the app to order and five seconds on pickup. The average locker occupancy time for each order is 130 seconds. It’s about the same time as the gap between two trains.

Customers can pick up their orders at the heated self-service locker by scanning the QR code. Many of the customers commute via subway, and the savviest ones order two stops in advance. When they get off the subway, they can find He Xiao Ma right next to the exit and their breakfast ready. But how can the staff at He Xiao Ma prepare delicious breakfast in such a short time? A unique algorithm is implemented to inform staff in which order the food should be prepared. This way the breakfasts are still hot when they are picked up.

And AI technologies help technicians analyze ordering data collected through the app. This way they are not getting lots of ingredients for meals people aren’t buying as much. Stores can avoid food waste thanks to the result.

What’s more, He Xiao Ma’s model is not limited to fixed stores only. It also has food trucks parked at the subway’s exit, equipped with similar warming cabinets for pickup.

By the end of the year, He Xiao Ma is going to have 80 more stores in Shanghai’s subway stations. The company plans to cover multiple business districts and densely populated communities. It is a perfect example of how Chinese people use technology to adapt to fast-paced modern life.