Celebrating the Lunar New Year vs. New Year’s Day in...

The Lunar New Year is here!

In China, we celebrate both the Gregorian calendar’s New Year and the Lunar New Year. However there are some tiny but pronounced differences in the ways of celebrating the two holidays, especially between different generations.

Come and learn the differences!

New Year's is the time at which a new calendar year begins, while the Lunar New Year is based on the lunisolar calendar.

Lunar New Year is a very old and traditional festival. Since older generations use the lunar calendar more, they prefer to celebrate the Lunar New Year more. A 2021 calendar with lunar dates

However younger people have a lot of access to the Internet. As a result, they can see many New Year's activities from abroad and have the incentive to try them.

While they are taught by parents or grandparents about the history of the lunar calendar, the younger generations tend to celebrate both New Year holidays.

Since New Year's is a more “informal” festival in China, people don’t have too many special celebrations for it. Usually, younger people will hang out with friends and have dinner together.

For the Lunar New Year however, the scale is much larger. The whole family will get together. They will make dumplings, make dinner together, give each other best wishes and New Year gifts, and so on.

Everyone will stay awake until midnight to say “Happy New Year” to each other and have dumplings again after midnight. The older generations will give kids what’s called “Ya Sui Qian,” also known as hongbao, with money in it. It also represents people’s wishes to scare away bad “beasts'' and have good fortunes for kids. The famous tradition of setting off fireworks is meant to scare off bad things and to have a peaceful and safe new year. However this tradition only applies to the Lunar New Year, not the Gregorian New Year. In China, people are allowed to set off fireworks from Lunar New Year's Eve to the Lantern Festival (around 15 days in total!). Fireworks are not allowed for the 1st of January. 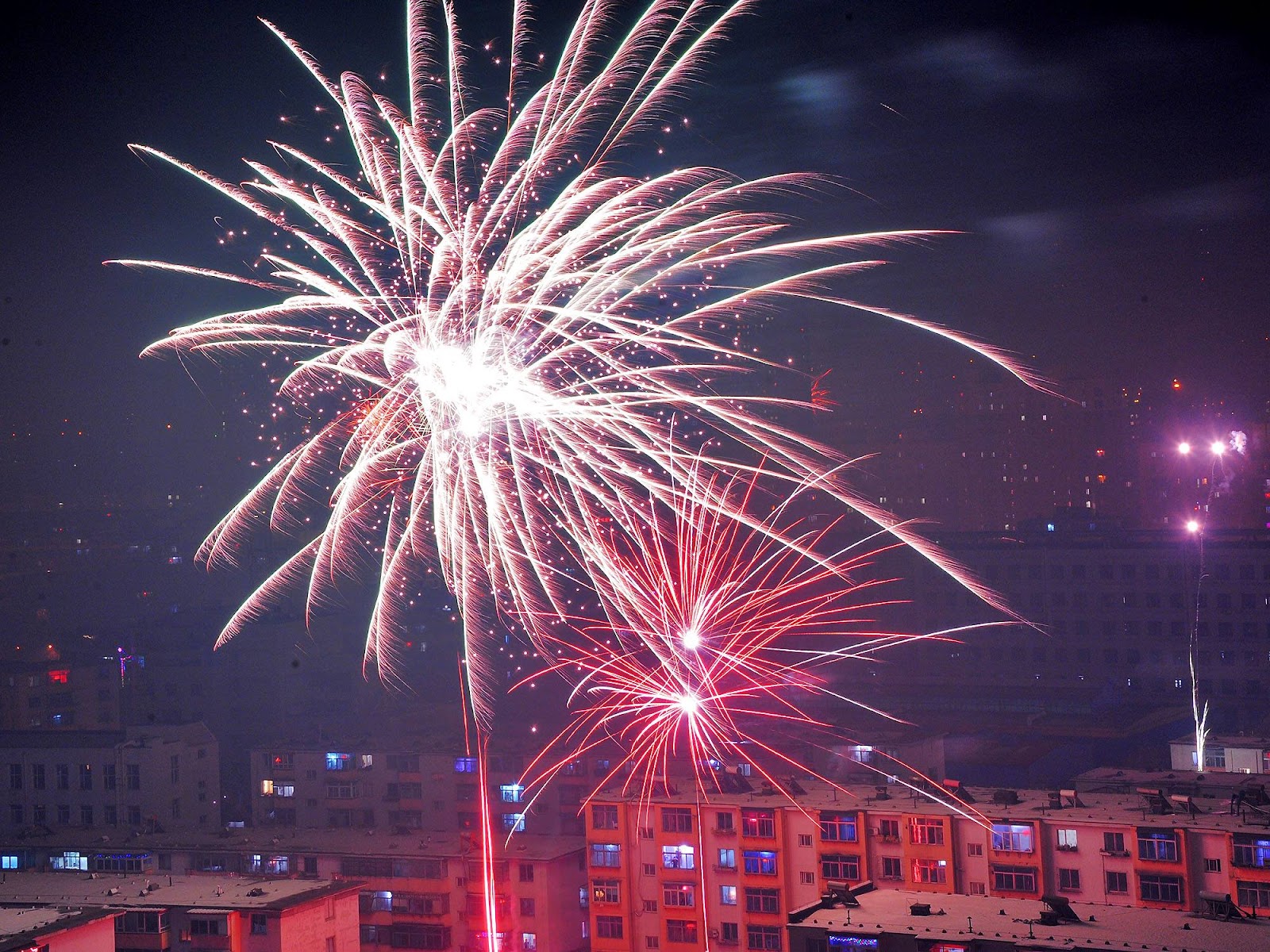 Something that is similar for both festivities is that TV stations will have TV shows on both New Year's Eve and Lunar New Year's Eve.

With singers and language programs, TV shows are considered as indispensable features of the new year. Usually the TV shows will play till midnight and count down the last 10 seconds of the year with the audience. However, the TV shows for Lunar New Year will be a lot grander, with better stage setups and more famous people.

The TV shows held by CCTV are usually the most common choice for older generations, since CCTV was the first TV station to hold shows for the Lunar New Year.

TV shows are competitive, so many other TV stations choose to hold shows at night on the first day of Lunar New Year. This is to avoid competing with the CCTV ones the day before. While shows by CCTV focus more on the general interests of broader generations, the shows by other TV stations are much newer. Local TV stations usually invite young idols or popular stars with many fans to give performances.

As a result, local TV shows are choices for most younger people. With the progress of the Internet, the Gregorian New Year is celebrated by more and more people. Lunar New Year has also spread out and is being known by more people from all over the world.

I believe that in the end, the goal of the two festivals is to celebrate new beginnings. So no matter what differences they have, I wish all of you a happy new year!