Behind the Rising Gym Culture in China I started working out this May for the first time in my life.

My parents and friends were all surprised since I’ve never been a sporty person. In fact, sports were always my weakness in middle and high school. I was considered overweight for most of my teenage years and it inevitably impacted my sports performance.

Even after I lost 66 pounds in high school, the deep insecurities over the imperfections of my body made me frustrated and unable to enjoy intimate relationships. Though a surprise to others, becoming a fit person is a long-term goal for me.

I’ve been taking personalized training classes for almost two months. Now I understand the anxieties and struggles among the new generation of urban residents about their bodies.

Many of them are trapped in intensive work, unhealthy lifestyles and enormous mental pressure. They want to take control of their bodies and life by working out.

This includes big chains and boutique ones. These studios are all concentrated in major malls in downtown Shanghai, where around 2 million people live.

Nationwide, the latest data indicates that around 44,000 fitness studios were in operation at the end of 2020. This is an 11 percent drop from the pre-pandemic peak.

Nevertheless, the number of people participating in fitness activities in China increased from 68 million in 2019 to 70 million in 2020. This makes up five percent of the entire population.

Due to the pandemic, people have realized the importance of health and fitness in leading a sustainable life. a typical fitness studio in Shanghai

The health and fitness industry has undergone uneven development in China. The fitness establishments are concentrated in first-tier megacities like Beijing, Shanghai, Shenzhen and Hangzhou.

These cities are where most of the nation’s well-educated young people live. In smaller cities and towns, gyms are scarce.

The new lifestyle of routinely working out in air-conditioned gyms is not accessible to everyone. In Shanghai, the average monthly fee of a gym-chain membership ranges from $155 to $450 (with personal trainers).

This is quite expensive concerning the fact that the average disposable income of Shanghai residents stands at $930. Only people of the upper-middle class who are not  in the “996” work mode have the resources and time to spend on fitness. number of fitness establishments in China by cities, showing that studios concentrated in big cities

Why is gym culture so popular in Chinese cities?

There are various reasons behind the increasing popularity of gym culture among urban residents. Firstly, a substantial amount of Millennials and Gen Z living in big cities.

They have had cross-cultural experiences in other countries where fitness culture is dominant. As lifestyle and beauty standards are reshaped, these urban youngsters maintain a fit life when back home.

Secondly, the powerful Chinese consumer and capital sectors have been investing in the fitness industry for its growth potential for years. The general public now perceives going to the gym as a symbol of self-discipline and modern, independent life.

This is because of extensive online and offline marketing initiatives. Many consumers are “lured” to obtain a gym membership, just like any other consumer product.

Anxiety, struggle and control over the body

The growing awareness of keeping fit also reflects the deep anxiety and struggle over the body. In modern China with a liberalized economy and pop culture, the body becomes a societal and commercial asset.

Your body image influences how you are perceived in terms of personality, relationships, capability and even professional values. A well-shaped person is thought of as more self-disciplined, attractive, confident and competent in their work.

In such a broad context, young urban residents are incentivized to invest substantially in keeping fit, even though it’s time- and money-consuming.

Nearly all of my colleagues have a gym membership. They have also expressed dissatisfaction with their bodies. They are all well-shaped from an external perspective, but everyone is still anxious over their body image.

To some extent, going to the gym becomes a major way for urban youngsters to regain control over their bodies and lives in a time of great uncertainty. It feels good that we’re proactively shaping how we live.

Going to the gym is undoubtedly healthier than going on a diet, which might cause eating disorders and related symptoms. But essentially we are trapped in a commercialized loophole of pursuing the perfect body image. It’s doomed to fail. 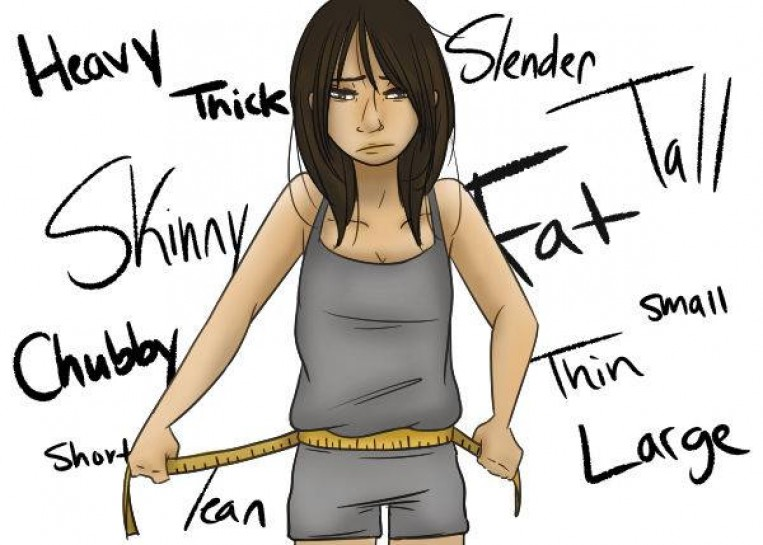 anxieties over the body are prevalent in China

I’ll keep working out, not only for health purposes but also because I always feel better about myself after exercising. The eventual rescue from body shame is to change the perception of beauty and accept who I am.

But at least I’m doing pleasant and beneficial things. What are your thoughts on the Chinese fitness and health industry? Tell us in the comment section below.