Chinese folklore has a ghoulishly rich history of spirits. Thousands of stories have been passed down from generation to generation, maybe even within your own family.

Traditionally, a ghost is the spirit of a person that has died. Honoring ancestors is a prominent part of Chinese culture, so , understandably, ghost stories are ever-present. Get ready for this Halloween season with a few of these bone-chilling ghost stories.

Are you brave enough to listen to some ghost stories? Check out these videos:

Beside personal ghost stories, there are also famous types of ghosts. What they are: shapeshifting beasts demons that eat souls to gain immortality.

Origin: “Mo” derives from the Sanskrit “Mara,” meaning “evil beings” or “death.” “Gui” means the deceased spirit of the dead. It has evolved to refer to non-family members who take revenge on the living.

The popular use of "mogui" has come to mean “demonic” or “devils.” This shows a bit of Western Christian influence on the Chinese language.

Here is a folktale to check out featuring a "mogui": “Painted Skin” about a man who brings a beautiful maiden home, only to discover that she is a demon with female features painted on her skin. 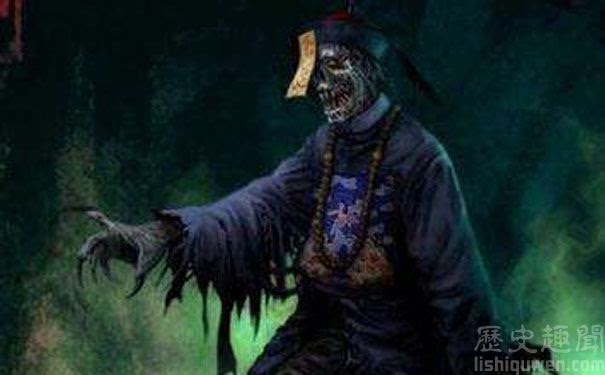 What they are: Chinese vampires and zombies. They are corpses that have reawoken to absorb the essence of the living. They have greenish rotting skin, but unlike Western zombies, they can only move by hopping due to rigor mortis.

A growing sense of dread should form in your stomach if you hear a “thump thump thump.”

Origin: The story comes from the practice of “transporting a corpse over a thousand li” ( 千里行尸; qiān lǐ xíng shī). People who died away from home would be reanimated by a Taoist priest to “hop” their way home.

Folklore: They are seen in Jiangshi fiction, or Goeng-si fiction. They are a staple of the Hong Kong film industry with movies such as “Mr. Vampire” and “Encounters of the Spooky Kind.” What they are: Nine-tailed foxes or fox spirits that shapeshift into the form of beautiful young women. They seduce men in order to eat their hearts.

Folklore: They show up in the “Shanhaijing (Classic of Mountains and Seas)” and the “Youyang Zazu,” both classical Chinese texts. What they are: vengeful spirits of  women that were wronged in life. Now they are back with a vengeance. Usually killed or abused by their husbands, these ghosts tend to kill men while only scaring off women.

Origin: Family members of murder victums dress the deceased in red, in the hopes of inspiring
the spirit to take revenge. The red color symbolises anger and revenge.

Where they are seen: Throughout Chinese mythology, not just one specific story. What they are: female ghosts that dwell in banana trees. They wail in the night, carrying babies.

Origin: These ghosts originated in Thailand, Malaysia and Singapore. They are similar in some aspects to the Pontianak/Kuntilanak in Malay and Indonesian folklore.

Where they are seen: People ask the ghosts for lottery numbers. They tie a red string around a tree trunk, stick needles into the tree, and tie the other end of the string to their beds.

The ghost appears and begs the person to set her free. In return, she gives up the winning numbers. If the person wins the lottery and refuses to set the ghost free, they will meet a horrible death. What they are: ghosts that appear during the Ghost Festival. They are the spirits of people who commited greedy sins when they were alive.

They are condemned to suffer in hunger after death. Usually depicted with grey/green skin, the ghost wanders the streets and kitchens, looking for decaying food.