by Simon Radhakrishnan 3 years ago1 year ago

Looking through RLoN Wang’s portfolio on Behance, a clear style begins to emerge: clean lines, intricate black inking and vivid colours woven into magical illustrations. Almost all of Wang’s subjects are animals. Deer, fish and whales seem to be Wang’s favourite to draw, but he also creates images of birds, horses and even grasshoppers!

Wang’s style is heavily inspired by traditional East Asian art and mythology. For instance, most of his paintings reflect ukioy-e, a Japanese woodblock printing style. He also includes distinctly Asian elements such as guardian lions, curled clouds and pagodas. By taking from both Eastern and Western artistic traditions, Wang creates a vibrant, captivating style that is unmatched. 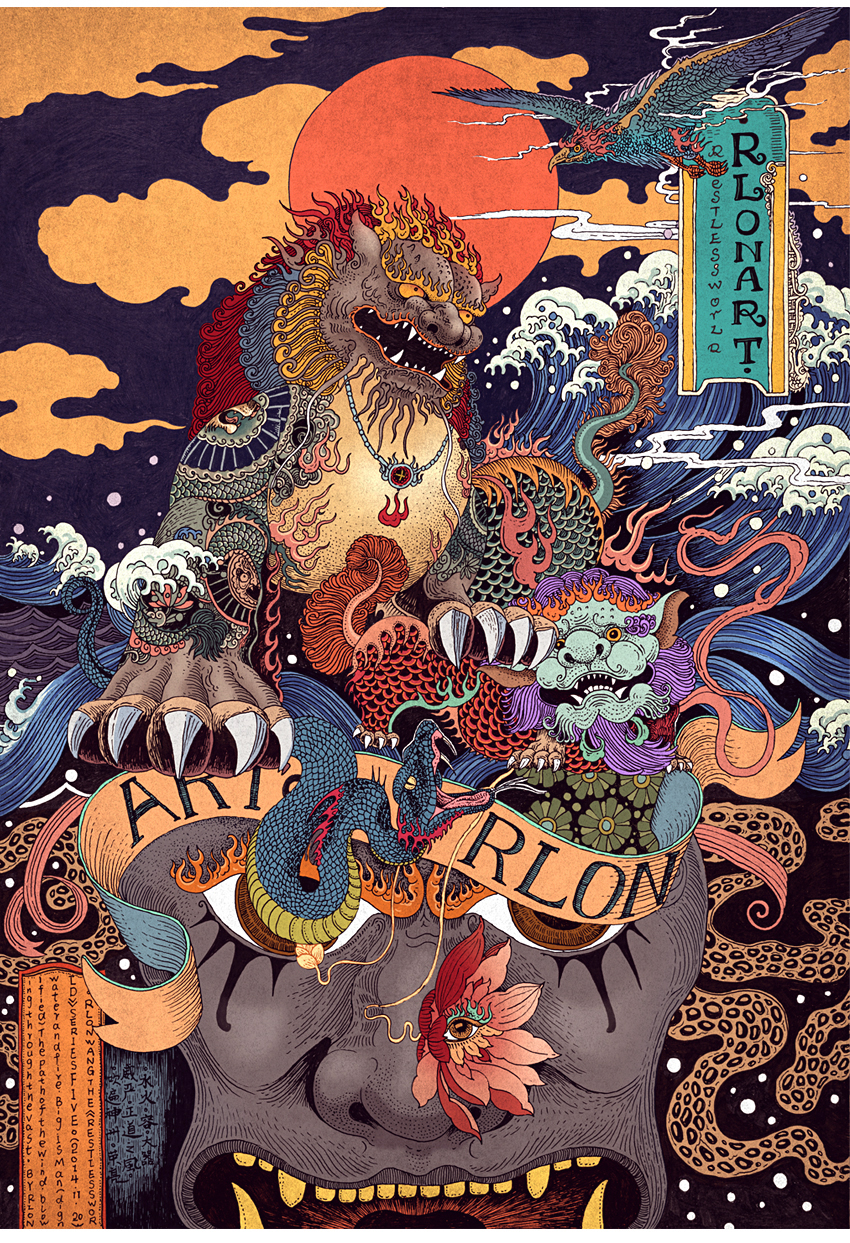 Chinese-speakers and students will both immediately recognise this artists name as the pinyin for 他们, the Chinese word for “they.” That is because this artist is actually an artistic duo comprised of Lai Shengyu and Yang Xiaogang. Their paintings are distinctly surrealist with strong social commentaries. Many of their pieces also include references to other famous works of art, such as Warhol’s Mao, Koon’s Balloon Dog, and Dali’s The Persistence of Memory. With hidden motifs and discordant imagery masterfully collaged together, each painting requires the viewer’s full attention to understand and appreciate. Liu Bolin AKA “The Invisible Man” is a master of camouflage. With the help of his assistant, he covers his entire form in paint and blends seamlessly into the background around him. The optical illusions of Liu’s work have made him quite popular on social media. He has also collaborated with a variety of artists and organisations, including the United Nations and Bon Jovi.

Although Liu’s works are fun to look at, they actually started as a form of protest art after his studio in Suo Jia Cun was torn down by the Chinese government. Now, Liu uses his art to respond to political and societal tensions. In his own words, “More [works] are focused on China and concerns that arise from its development. To be an individual means the relationships you have with your surroundings. You’re not consciously allowing your surroundings to swallow you up.” Did you find him in all three photos? Let us know in the comments!